Bigg Boss 12 and its inside stories, Celebrities and their value.

Bigg Boss 12 Indian reality tv show to be on air on 16 September. It is the 12th season of Bigg Boss. Bigg boss is based on a Dutch reality tv series Big brother. This time contestants who will join Bigg Boss will not be alone but in couples too. This time Bigg boss will be played in jodis. So there are rumors that Katrina Kaif can join Salman Khan to host Bigg Boss season 12. As she showed some interest in it by asking Salman Khan about the theme of Bigg Boss 12.

Bigg Boss officials have confirmed their first Jodi (Bharti Singh and her husband). They likely to charge 50 lakh for the single week. Other names in the list are not yet confirmed but they were approached by Bigg Boss. Some of these names we will likely to see in Bigg Boss 12.

There is some news that we can see Danny D (British-English pornographic film actor) in Big Boss Season 12. Maybe it is a publicity stunt. Because Mia Khalifa (American-Lebanese webcam model)  was rumored to join BB season 11 last year. Former splitsvilla contestant M Scarlet Rose can be seen in Bigg Boss this year.

Some Tweets For #BiggBoss12

Salman Khan: “Earlier people used to ask me when are you getting married? Now, they ask me if I am hosting Bigg Boss.. ? I am thinking of getting married to Bigg Boss.. there are various advantage to it!” 😂 #BiggBoss12 @BeingSalmanKhan #SalmanKhan pic.twitter.com/8NRQabfLM7

The stage is all set for the launch of another dhamakedar season of @BiggBoss! Stay tuned for all the live updates from the #BiggBoss12 press conference! pic.twitter.com/bjyobasDrz

Finally, Salman Khan reveals the name of first contestants - .@bharti_lalli is going to be on #BiggBoss12 with her husband Haarsh Limbachiyaa. #BiggBoss12 #BB12 #SalmanKhan pic.twitter.com/ar4pkV21N0 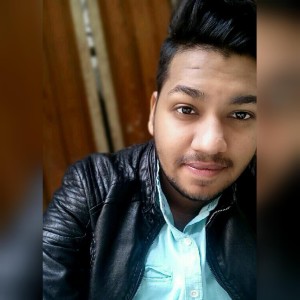